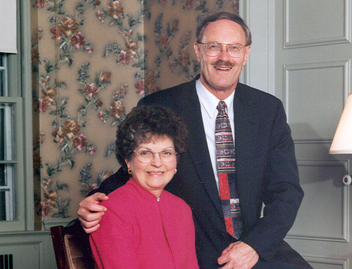 Raised in a Detroit, Michigan, her father and mother believed and taught values of hard work and strong spiritual commitment. Baptized in the Gratiot Avenue Baptist Church, and strongly influenced by a very active youth program of service and spiritual growth, Margie pursued her growing interest in serving people by enrolling in a pre-nursing program in Cass Tech High school. Working in various jobs after school and in the summers her commitment to hard work and dependability allowed her to save her wages toward a college education . After enrolling in Wheaton College in 1954 with nursing education as her goal, she decided to pursue a collegiate nursing program at Roberts Wesleyan College in 1955 near Rochester, New York. Not only did she become a superior student graduating second in her class, she was recognized by her fellow students for her enthusiastic support of student activities and attitude of compassion and caring by being elected Homecoming Queen in her Junior year. Being challenged to return
to Roberts as a nursing instructor, she pursued a Masters in Nursing at Wayne State University. She taught psychiatric nursing and pharmacology for several years. As their children joined their family, Margie and Don joined the staff at Malone University in Canton, Ohio. Presented with the opportunity to serve at Asbury Theological Seminary and Asbury College, she spent 21 years in nursing service at the Veterans Hospital in Lexington, Ky and the college clinic at Asbury College. In 1996 a call came to serve Central College in McPherson, Ks where Don was President and Margie was the college’s first lady.

Her love of God, support of her husband, and guidance and love of her children while reaching out in compassion to those around her has characterized her life. She ministered to so many and was especially known for her very encouraging notes and letters. She was truly a reflection
of the virtuous woman of Proverbs 31.

To support the Margie Mason Memorial Fund please use the form below: